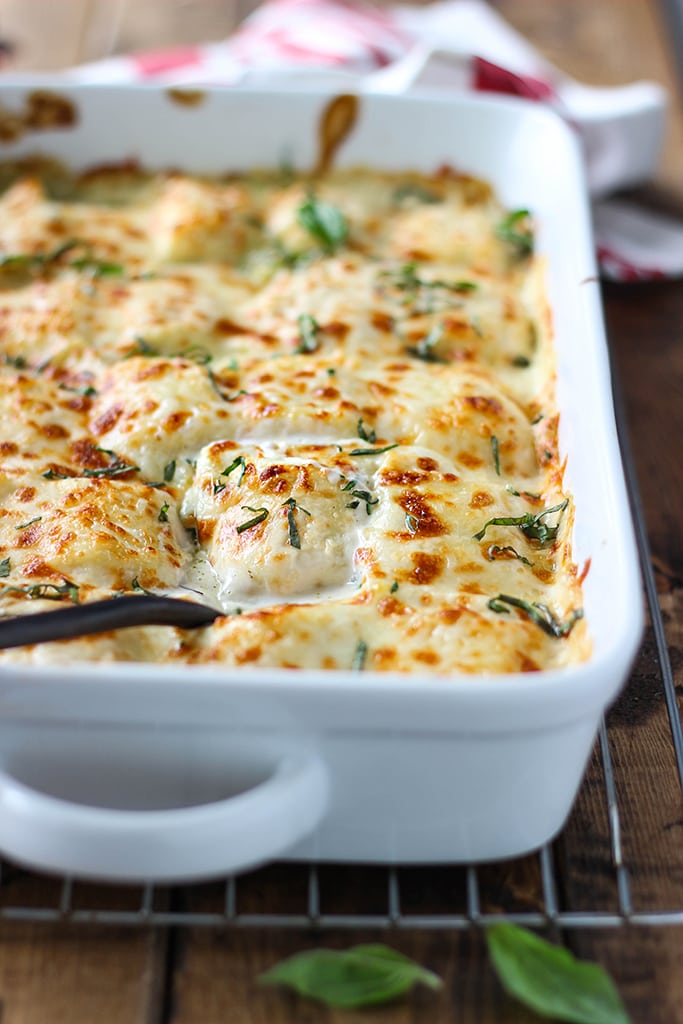 The first time I had ravioli I likened them to fluffy meaty pillows. They’re so much fun! So today we’re going to have ravioli in a pasta bake of sorts, smothered in rich, creamy Alfredo sauce and layered with a spinach and artichoke pesto mix.

Oh and there’s cheese. A six Italian cheese blend of mozzarella, smoked provolone, romano, fontina, asiago and Parmesan cheese. And don’t be put off by all the fancy names, you can find a packet of this pre-mixed shredded cheese right in the dairy section of a grocery store. No need to visit the deli aisle! 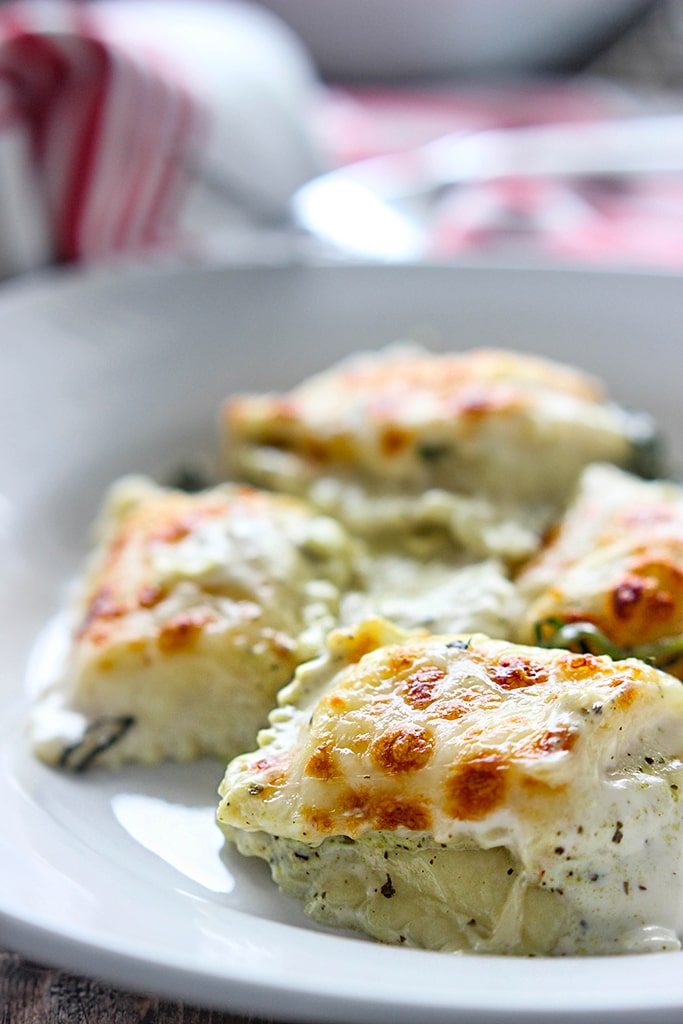 What’s great about this is despite sounding like a lot of work, it really isn’t. Most of the stuff can be bought pre-made. From frozen ravioli, jarred Alfredo sauce (although I’ve included how to make Alfredo sauce from scratch in the notes) and artichoke hearts in a can that just need some dicing. Really easy. 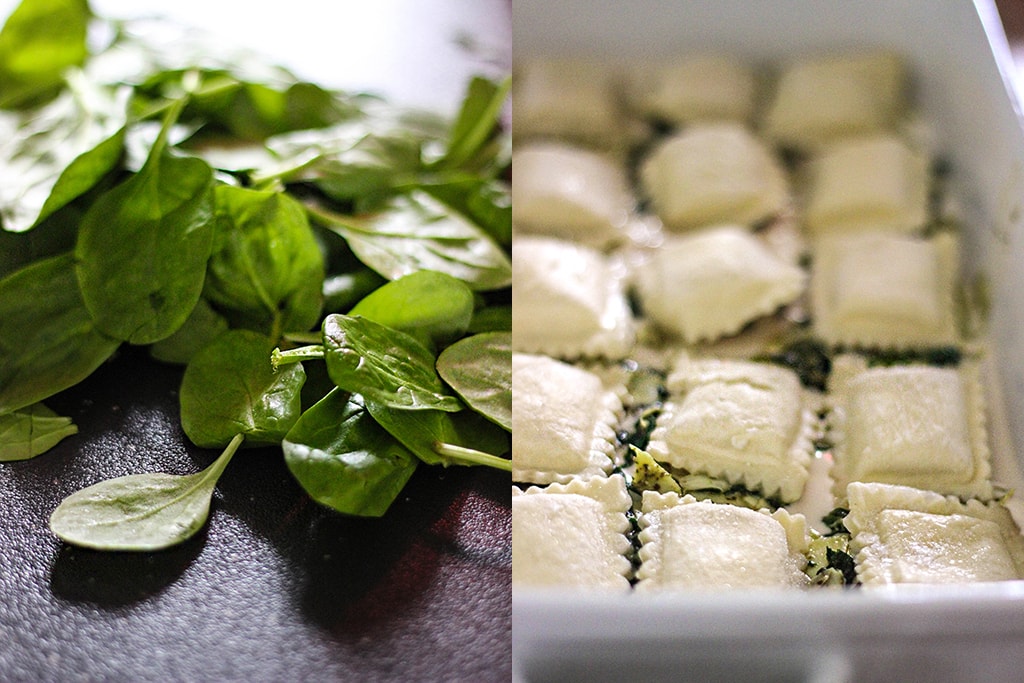 I let the frozen ravioli thaw out a little to separate easier. Some of them clumped up together so it was necessary. As a precaution, since spinach has a high water content and I didn’t want my bake watery, I sauteed them over the stove top till they cooked down. Not much to it. Saucepan, some heat and some baby spinach. You can choose to chop your spinach or leave them as is. 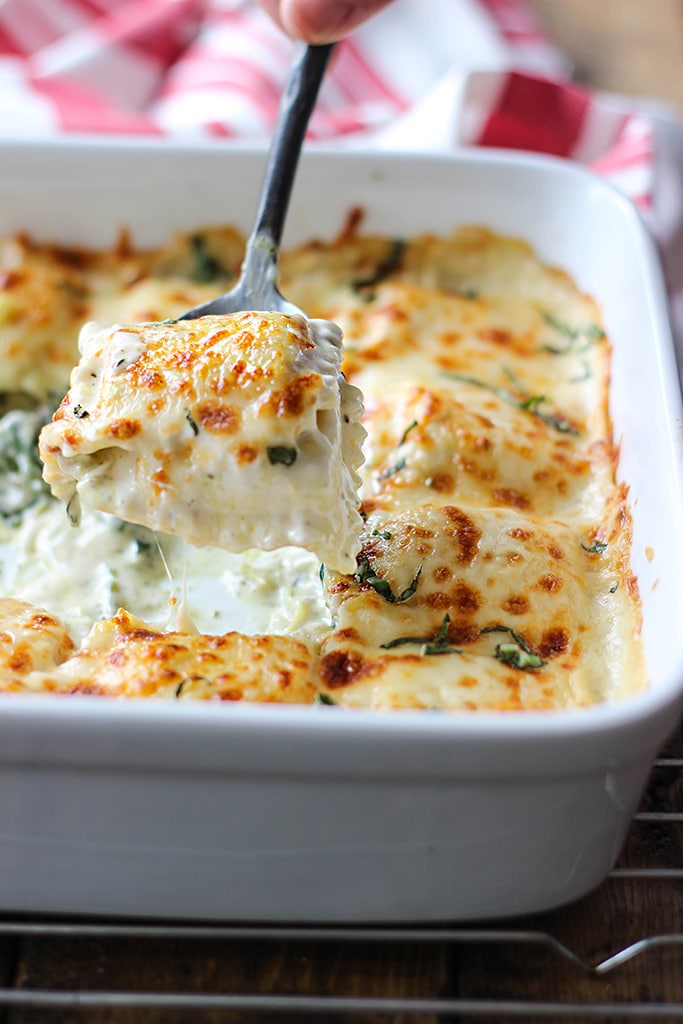 It turned out my fears were unfounded as there was very little water released. So you could opt to cook them down or use them as is. The spinach is then mixed with chopped artichoke hearts and some pesto. This part is pretty simple.

Water down the Alfredo sauce a little with some broth, vegetable broth to keep it vegetarian or chicken broth for those who don’t mind. It’s so the sauce can spread easier in the casserole. Then it’s layering time! 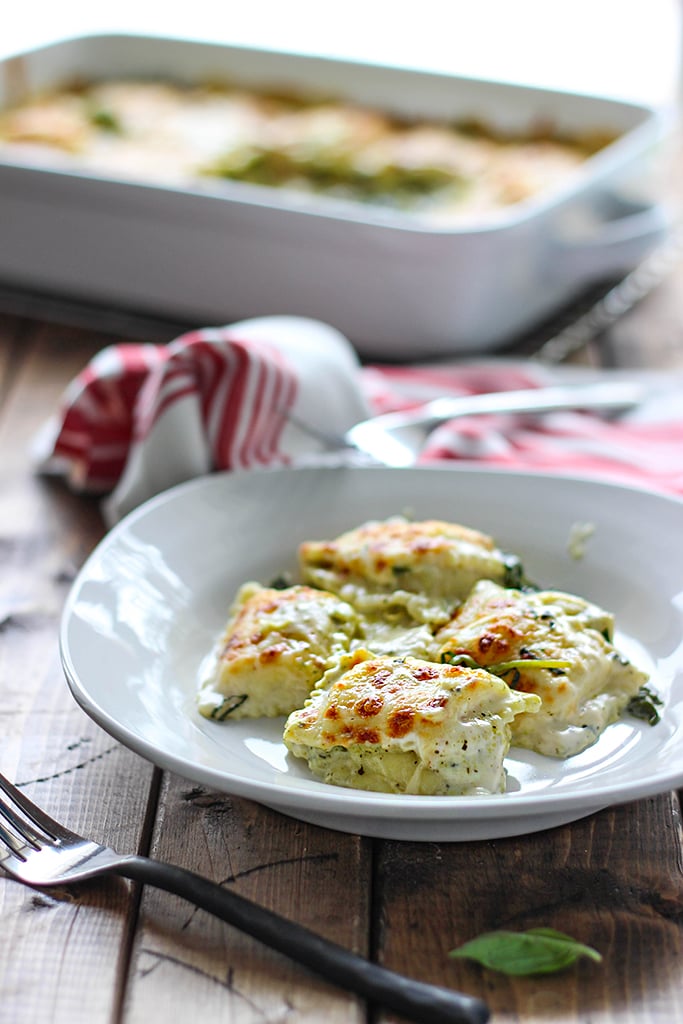 Sauce, spinach mix, ravioli. Rinse and repeat once more and top with a final layer of Alfredo sauce. Bake for 30 minutes then cover with all that cheese I mentioned earlier and broil until melted, about 3 to 5 minutes.

Instructions:
Over medium low heat, melt the butter and pour in the heavy cream. Stir to combine
Season with salt and pepper to taste
Add the Parmesan cheese in portions and stir to mix 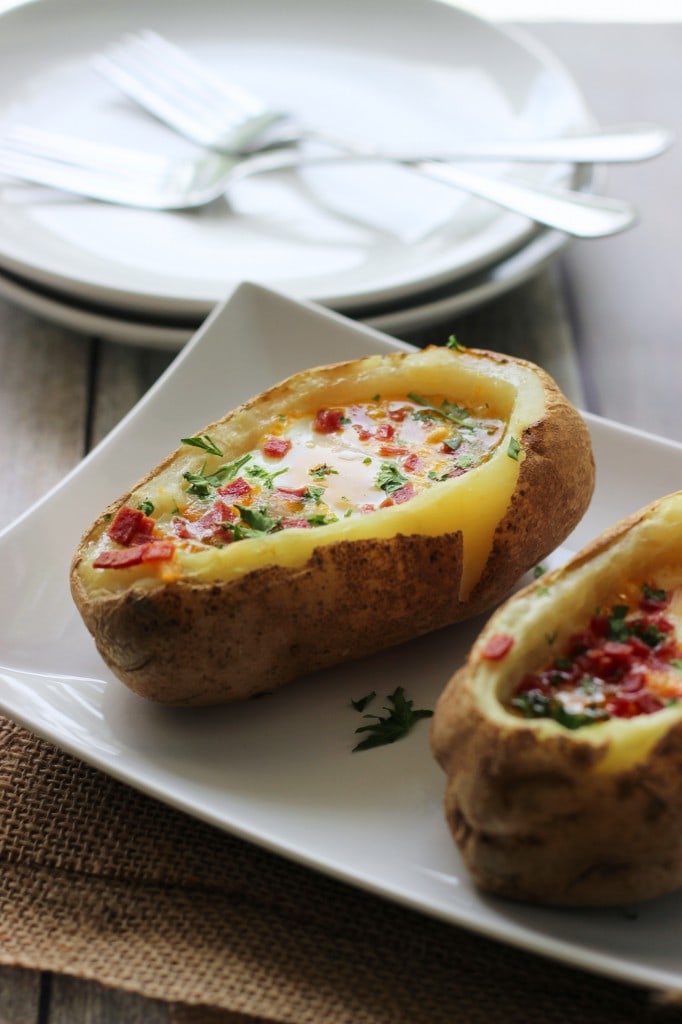 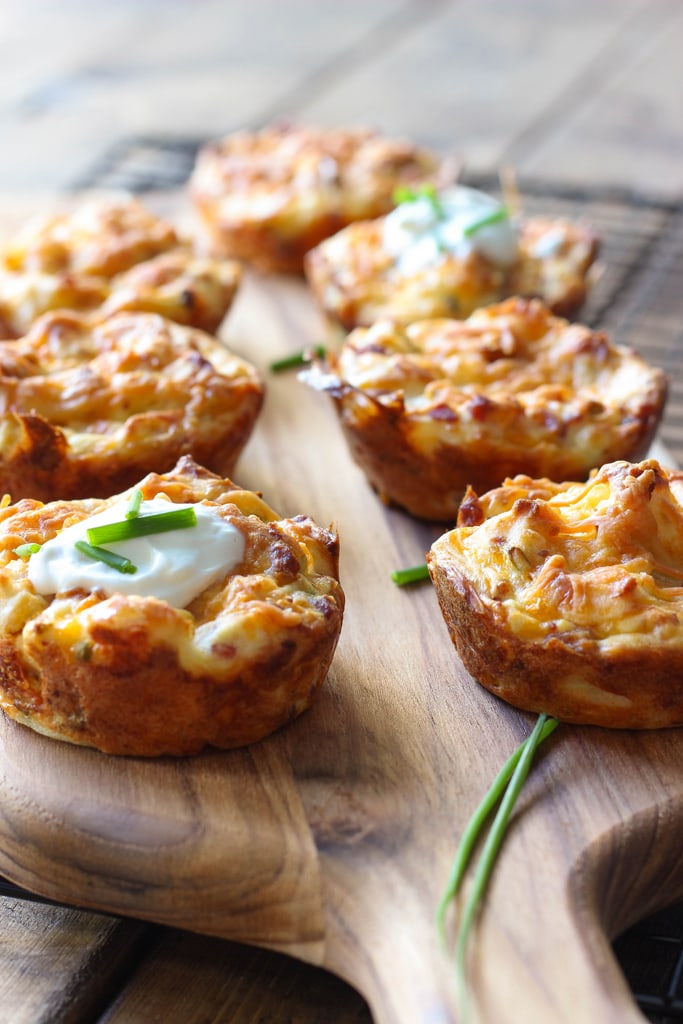 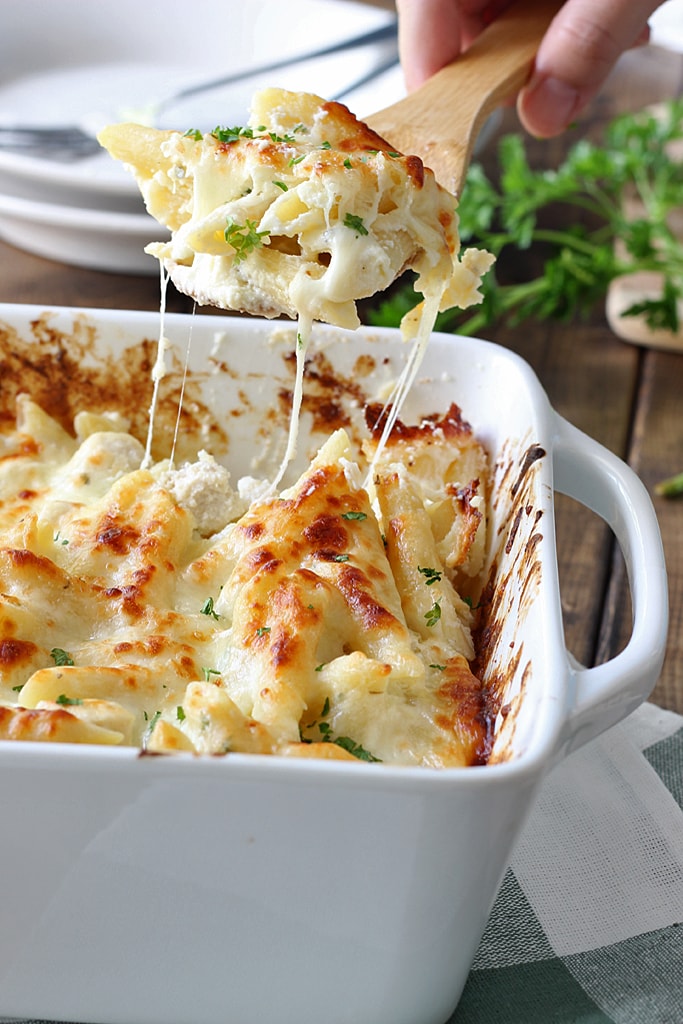