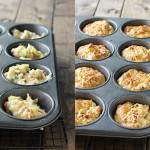 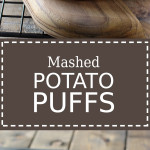 Want something crispy on the outside with soft, fluffy and creamy mashed potatoes on the inside? Try out these loaded mashed potato balls. For another creative way to serve potatoes in a muffin tin, try these garlic Parmesan sweet potato stacks.